The NATIVE AMERICAN ANIMATION LAB wrapped the first year! It was an incredible experience for the 8 fellows.

The animation lab culminated in a pitch panel with executives from our corporate supporters. The fellows pitched their animation projects at the Television Academy and received valuable feedback from the panelists. 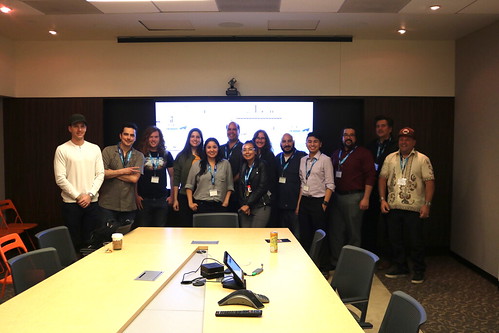 The animation lab is an intensive workshop for Native Americans with a current animation project. The goal of the program is to offer new information to prospective Native Americans who want to explore a career in animation. Also, it is intended to inspire Native American writers, directors and artists to consider a new arena in film, television and new media.

The program worked with eight Native Americans in a 5-day animation lab. All participants chosen for the lab workshopped one animation project through one-on-one mentoring, group sessions and peer workshops. The program concluded with an intensive pitching session for each participant. The purpose of the lab is to further develop the skills of the participants and prepare them for employment in the industry.

The NATIVE AMERICAN ANIMATION LAB is supported by :