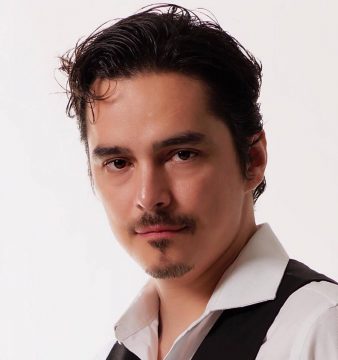 Jason Turner is an accomplished filmmaker, producer, editor, and director. A music video he shot and directed won the Art at Work award in 2013 from the Arts Council of Kansas City (ArtsKC). Many of his films have screened at film festivals. His motion comic, The Iron Detective: Sentinel, won the Achievement in Animation award at the 2017 LA Skins Fest and streamed nationally on Xfinity Streampix. That short and its sequel, The Iron Detective: Bitter Heart, are streamed nationally on SkinsPlex. Those same shorts have screened at Planet Comicon in Kansas City. Jason has also served on Planet Comicon panels. For four years he ran the Kansas City 48 Hour Film Project (KC’s branch of the 48 Hour Film Project).

As an actor, Jason Turner has played a wide range of roles including a thrill seeking bank robber, a civil war outlaw, and a man experimenting in dimensional travels. A veteran actor of several shorts and features over the years, his experience has cultivated a unique perspective on film.

Jason is a member of the Prairie Band Potawatomi Nation. His mother is Native American (Potawatomi and Kickapoo), his father is of Scottish and German descent.