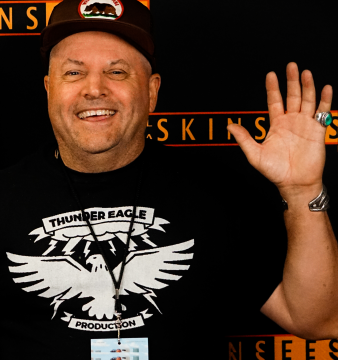 I have trained in traditional Native American lore and shamanism since I can remember. After a couple of years of Agricultural Business at Cal Poly I realized that the Native elders I knew were disappearing and soon they would be gone forever. Because of this I decided to study with several medicine men and leaders before their knowledge disappeared.

With my partner and son, Pasquale, we created Thunder Eagle Productions and chose animation as our main conduit of production.

We’ve made several animated movies that have played in film festivals all over the world. We have won awards including Best Animated Film in the New Hope International Film Festival for our animated feature film Eagle Feather.