Cole discovered a love for writing after watching the performance of a one-act play he wrote in high school. He followed his passion to Emerson College where he recently graduated with honors, earning a BFA in Comedic Arts. Right? He can’t believe it’s a real degree either. While attending Emerson, he had the wonderful opportunity… Read more »

Cara Jade Myers (Kiowa/Wichita) is a Native American writer living in Los Angeles, CA.  In 2019 she was a fellow in the 4th Annual Native American TV Writers Program where she developed a TV pilot from pitch to 3rd draft. That same year, she was a semi-finalist in the ABC/Disney writers’ program. In early 2020… Read more »

Matthew Rochester is a member of the Eastern Band of Cherokee Indians. Born and raised in the Smokies, he grew up playing in the forest, using his vivid imagination to escape a rough family life. Leaving home at eighteen, Matthew obtained a Bachelor’s in Film & Creative Writing. While obtaining his degree, he temporarily studied… Read more »

MorningStar Angeline, born as MorningStar Angeline Wilson-Chippewa, was born in Santa Fe, NM, to Rita Rose Wilson and Ethan Shawn Chippewa. She was later adopted by Daniel Harold Freeland and was raised in Gallup, NM. She is Navajo, Chippewa Cree, Blackfoot, and Latinx. Angeline began acting in theatre as a child and continued studying acting… Read more »

Randi LeClair (Pawnee Nation) graduated from Oklahoma State University with a BA in English (Creative Writing) and a Master of Professional Writing (MPW) from the University of Oklahoma. She received two Sundance Institute fellowships in 2010 and 2015, one for screenwriting and the other for film production. Her short film, Rariihuuru, aka The Letter, about… Read more »

Writer/Director Scott Pewenofkit is a member of the Kiowa tribe of Oklahoma. In 2015 he graduated from the University of Kansas with a Bachelor’s degree in Film. In 2018 he earned his M.A. in Media Studies from The New School, after which he made three very personal short films touching on themes of memory and… Read more »

We are accepting applications for the third NATIVE AMERICAN FEATURE FILM WRITERS LAB. This is a 10-week program that will take place on-line in late August through late October 2020. The lab is an intensive scriptwriters workshop that prepares Native Americans for writing careers at major film studios and production companies. This program is supported… Read more » 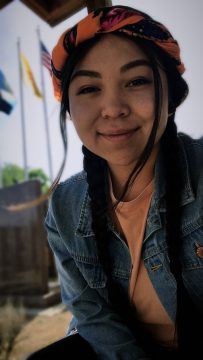 We are no longer accepting applications for the third NATIVE AMERICAN FEATURE FILM WRITERS LAB. We will have updates in late July! The Native American Feature Film Writers Lab is an intensive scriptwriters workshop that prepares Native Americans for writing careers at major film studios and production companies. This program is supported by COMCAST NBCUniversal,… Read more »