Since 2009, we have taught film workshops to youth at reservations and Native American urban centers throughout the United States and Canada. The participating youth learn about writing, directing, shooting and editing their own movies.  Equally important, the youth present these films to their tribal communities and speak before an audience. Check out images from our first Native youth cohort: 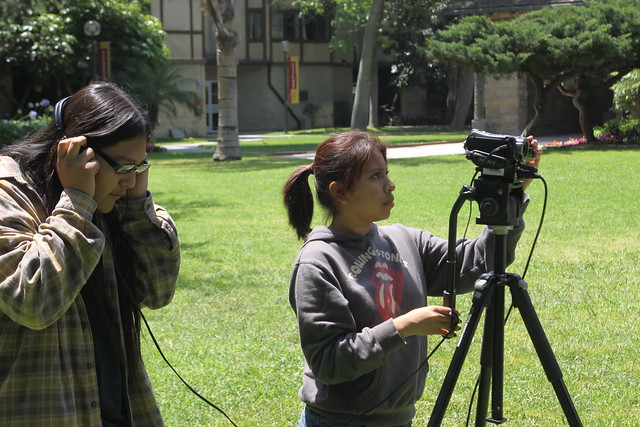 In 2009, we collaborated with Central High, a federally funded Native American High School located in downtown Los Angeles.  We worked with over a dozen Native American youth who reside in Los Angeles.  For the entire eight-day workshop, we brought the participating youth to the University of Southern California’s George Lucas School of Cinematic Arts. This was one of our sponsoring organizations that provided classrooms, computer labs, and production equipment.  The youth produced  narrative films and presented them at the Pechanga Indian Reservation in Riverside, California. Check out one of the films they produced during the week: