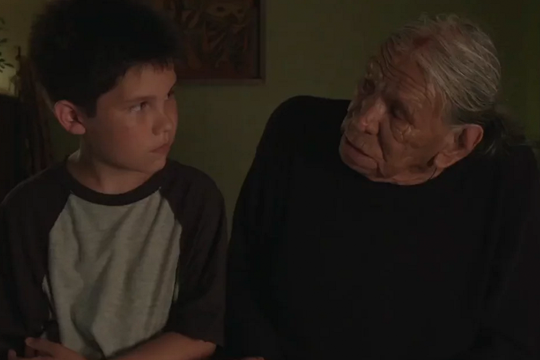 Twelve year-old Rabbit spends most of his days, drawing, collecting comics, and avoiding the teasing of his peers. Insecure and shy, Rabbit dreads dancing in the upcoming powwow and begins to draw Waabooz, a superhero that embodies his desired self; bold and unafraid. Through traditional storytelling, imagination and a little magic, Rabbit’s mysterious Grandfather helps bring Waabooz to life .