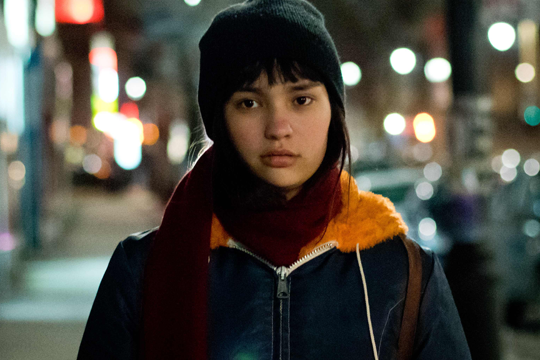 After being orphaned in the middle of a harsh Montreal winter, teenager Fern resolves to avoid her mother’s tragic fate – by becoming a millionaire.  “All you need to do is save,” according to the book How to become a Millionaire. So, with Youth Protection at her heels, she lies to get a job first as a live-in janitor and then another as a dishwasher, saving whatever she finds along the way. But despite all her smarts and fierce determination, Fern’s house of cards beings to crumble, until she realizes that she may not be as alone as she once thought.  Based on the young adult novel by Edeet Ravel, starring the newly discovered Imajyn Cardinal, The Saver was written, edited and directed by award-winning filmmaker Wiebke von Carolsfeld (Marion Bridge, Stay).