The interactive and educational workshop opened with a guest speaker from a new indigenous anime series on Crunchyroll. The show’s executive producer joined the youth to discuss her path to drawing for animation television series, writing for television and leading a show. This was followed by a lesson on graphic design software. An indigenous anime artist instructed the youth on creating anime characters. 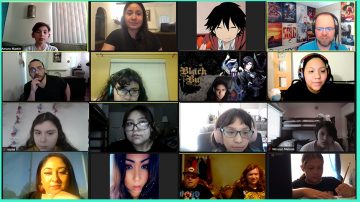 The second day was dedicated to 3-D animation software and learning the basics of the tools, creating characters and the concepts. We closed the two day workshop with a screening of an anime film from indigenous filmmakers. Native youth learned about independent anime filmmaking and how to produce their own projects.

The Native American Youth Anime Workshop provided career building curriculum that worked with industry standard software and providded exposure to anime professionals. The workshop offered each participant an opportunity to work with animation software, learn about the anime industry, and be inspired to develop an anime project.

The Native American Youth Anime Workshop is a new endeavor of the Barcid Foundation. It will encourage the next generation of young Native American artists to explore careers in animated film and television. It is also designed to address the lack of Native American involvement in this expanding field.