About the Short Films: 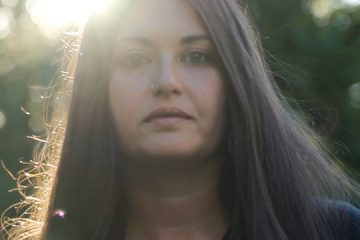 Produced and Directed by Jeremy Charles.

Cherokee Chef Nico Albert learns and cultivates ancestra food ways in many dishes she creates bringing her food to the next level. And as the singer of a metal band in her spare time her whole life is next level. 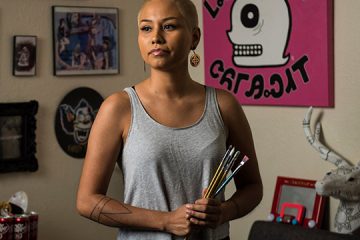 Produced and Directed by Brit Hensel.

Artist Keli Gonzales shares how she uses her art to help perpetuate the Cherokee language and traditional values. 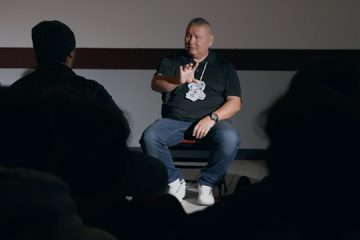 In the Cherokee Nation, we rely on storytellers to carry on our oral traditions and stories. Each storyteller has their own way of passing on that knowledge and Choogie Kingfisher is ure to win over hearts with his unique brand of storytelling, infused with a little bit of Cherokee humor you won’t find anywhere else.

Like the languages of so many indigenous people, the Cherokee language is suffering. This short documentary tells the story of that loss, through the life story of pre-eminent Cherokee linguist Durbin Feeling. 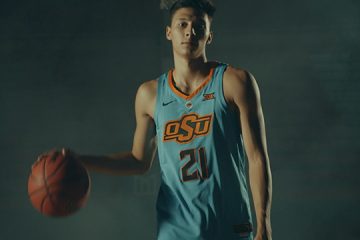 This is the Director’s Cut of The Third. A short version is available online, but this is not. Lindy Waters III is a basketball standout playing for Oklahoma State University. As a Cherokee and Kiowa ball player, Lindy takes pride in being a role model for young Native American players. 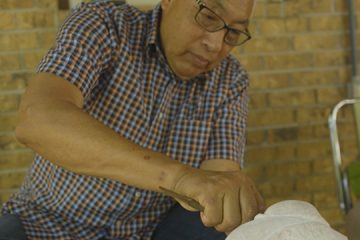 Harry Oosahwee is a well-known Cherokee artist and first-language Cherokee speaker. As you’ll see, his many life experiences and mentors play a major role in the work he creates.

The prestigious LA SKINS FEST ranks among the country’s best film festivals and is an annual gathering for film industry insiders, cinema enthusiasts, filmmakers, and critics. The LA Skins Fest is considered a major launching ground for Indian Country’s most talked about films. Founded in 2007, the Los Angeles Skins Fest, presented in the historic TCL Chinese Theatre in Hollywood, is a 6-day multicultural event celebrating the art of film, TV and new media. The Los Angeles Skins Fest’s long-standing commitment is to join filmmakers and film connoisseurs together to experience great cinema. The exciting schedule consists of dozens of filmmakers presenting their newest works, special artist development programs, tributes to community leaders, special events, and remarkable films. Festival headquarters are in Los Angeles, CA.

About the SCA Council on Diversity & Inclusion

Diversity, inclusion and respect of differences, including race and ethnicity, gender and gender identities, sexual orientation, and disability, are foundational tenets of the USC School of Cinematic Arts (SCA). SCA is an internationally recognized institution and a leader in the fields of cinematic arts, games, emergent media forms and media scholarship. While entertainment industries including film, television and interactive media have deep histories in progressive social politics, current cultural discussions about the state of mainstream media industries indicate that much work needs to be done to challenge and change existing paradigms around power, privilege and inclusion. Recognized as a pipeline to the media industries and graduate media programs, SCA is uniquely positioned to play a leadership role in preparing the next generation of media producers and scholars to critically engage with issues of diversity and build inclusive creative and scholarly communities within media industries and academia. SCA embraces this opportunity to influence the wider community of media creators and scholars. In 2016 SCA formed the Council for Diversity & Inclusion to address how our community can foster a more inclusive environment.

USC is located in one of our nation’s most vibrant and diverse cities, and we recognize the need for our institution to reflect the complex and multifaceted richness of our surrounding communities in terms of students, staff, faculty and community partners. SCA is committed to cultivating a diverse and inclusive learning environment at all institutional levels. We promote diversity and inclusion in the recruitment and training of all faculty members and believe that celebrating diversity within our student population will open critical and constructive dialogues about difference that enhance our creative and scholarly work. We also understand that support staff play a vital role in the SCA community and, therefore, the same attention needs to be paid to diversity among staff members. We define diversity to include age, race, ethnicity, physical ability, gender identity, gender expression, sexual orientation, socioeconomic status, country of origin, veteran status, religious practice, and political ideology. SCA seeks to weave a philosophy of inclusion and respect for difference into the fabric of our community; take a leadership role in areas of diversity and inclusion across the university; and establish a model for media industries to empower different voices and perspectives.

This program is generously sponsored by

For more information about upcoming programming and events offered by USC Visions and Voices: The Arts and Humanities Initiative, please visit their website.