“We are excited to continue our growth, success and opportunity for Native American filmmakers. Every year, we expand our endeavors so the Native American community can become a larger part of the overall entertainment industry,” said Ian Skorodin, LA Skins Fest founder and executive director. “Our annual film festival not only provides an incredible venue for our filmmakers but offers access to creative executives, casting personnel, and distribution platforms.” 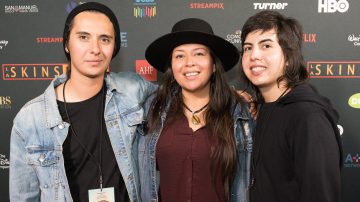 The LA SKINS FEST will celebrate filmmakers whose original works are distinguished and offer a new voice in cinema. Films accepted in the festival will be eligible for the competition, distribution opportunities and prizes from our corporate sponsors. This year, awards will be given to the following categories: Achievement in Narrative Filmmaking, Documentary, Narrative Short, Documentary Short, Animation, Writer, Director, Actor, Actress and Audience Award.

Once again, this year’s festival will offer a week long series of events throughout Hollywood. The film festival will premier exciting new Indigenous films, present the 6th Annual Native Media Awards Celebration, provide the 7th Writers Pitch Workshop and host Native American filmmakers from throughout North and South America.The Festival is an initiative of the Native American non-profit the Barcid Foundation and aims to showcase the rising talent in Native American filmmaking. This year the LA Skins Fest is expanding the screening series to accommodate the growing talent in Indian Country. 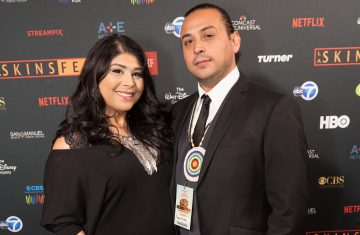