Deadlines to submit are: 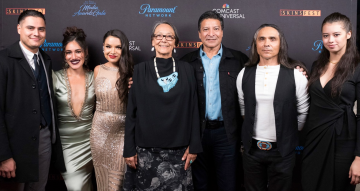 Corporate support of the LA SKINS FEST plays an essential role in the life of the festival and emphasizes the festival’s commitment to quality, exploration, and excellence in the art of cinema, TV and new media. The Los Angeles Skins Fest is privileged to partner with some of the world’s most renowned entertainment brands this year; including Comcast NBCUniversal, Spectrum, Sony Pictures Entertainment, Bank of America, Bad Robot, Motion Picture Association, USC School of Cinematic Arts, USC Visions & Voices, Cast & Crew, Los Angeles Department of Cultural Affairs.