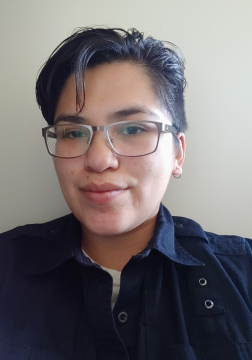 Alana Tiikpuu Walker is a non-binary Niimiipuu and Diné animator and writer. They are a 2019 graduate of The Institute of American Indian Arts where they majored in Cinematic Arts & Technology. At IAIA Alana won the award for Best Broadcast production in 2016 and attended the 2017 Sundance film festival. Their short films have played at the One Heart film fest in Spokane Washington.