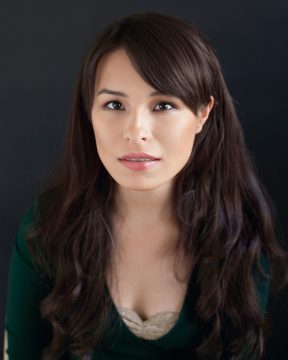 Shayna Jackson is an actor and musician from the M’dewakanton Dakota tribe. In November 2020, Shayna performed in the groundbreaking virtual production of THE SPIRIT OF THE VALLEY with PERSEVERANCE THEATRE. Shayna also portrayed the lead role in the world premier of SAND MOON at SON OF SEMELE ENSEMBLE in Los Angeles, CA. Other credits include singing with the cast of DISTANT THUNDER at the NATIONAL ALLIANCE for MUSICAL THEATRE Songwriter’s Showcase in NYC, as well as appearing in the award-winning AFI film RUNNING SHADOW. Shayna has a degree in Vocal Performance from Musicians Institute in Hollywood, where she also studied Keyboard Technology. She lives in NYC with her husband. Her single TAKE TIME is available on Spotify and iTunes.