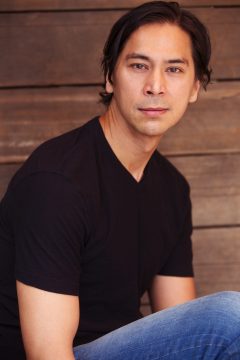 Kalani Queypo is a founding member of SAG-AFTRA’s National Native American Committee and serves on the Advisory Council for Native Voices Theater at the Autry.

Kalani is an award winning screenwriter for Ancestor Eyes, which he later produced and directed. This short film went on to play at nearly 40 festivals and won 14 awards.

In 2019, Kalani entered into the world of Musical Theater with his new script, Missing Peace, which recently enjoyed its second developmental workshop with Native Voices Theater. In August, he became the recipient of the 2020 Rhinebeck Writers Residency. Missing Peace was recently featured with a song performance in the streaming event on October 21st, Broadway for Biden: In Our America: A Concert for the Soul of the Nation.