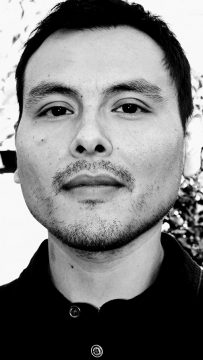 Writer/Director Scott Pewenofkit is a member of the Kiowa tribe of Oklahoma. In 2015 he graduated from the University of Kansas with a Bachelor’s degree in Film. In 2018 he earned his M.A. in Media Studies from The New School, after which he made three very personal short films touching on themes of memory and culture. His work so far has played at festivals around the U.S. Scott currently lives in San Antonio, TX with his two young sons, where he teaches video production at a local art school. His love of movies extends to the film festival world: After programming and co-organizing the Talom Aptzai Indigenous Film Festival in 2019, he started the FourthCinema Native Film Festival, which annually features new works by Indigenous filmmakers. Website: fourth-cinema.com.