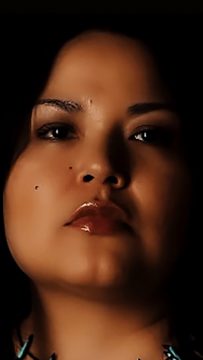 Randi LeClair (Pawnee Nation) graduated from Oklahoma State University with a BA in English (Creative Writing) and a Master of Professional Writing (MPW) from the University of Oklahoma. She received two Sundance Institute fellowships in 2010 and 2015, one for screenwriting and the other for film production. Her short film, Rariihuuru, aka The Letter, about Pawnee baseball player Moses YellowHorse, premiered at the Native Crossroads Film Festival and Symposium at the University of Oklahoma in 2017. In addition, her short film, Bridge, premiered at the Tulsa American Film Festival. She directed the play Blood Boundary for the Native American New Play Festival in Oklahoma City. More recently, her short script, The Circle of Chawce, placed in numerous screenplay competitions, including, WeScreenplay Shorts, Screencraft Shorts, HollywoodJust4Shorts, and Simply Indie Film Fest.