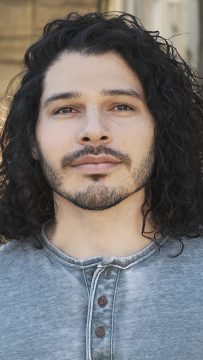 Matthew Rochester is a member of the Eastern Band of Cherokee Indians. Born and raised in the Smokies, he grew up playing in the forest, using his vivid imagination to escape a rough family life. Leaving home at eighteen, Matthew obtained a Bachelor’s in Film & Creative Writing. While obtaining his degree, he temporarily studied Gilm in the Czech Republic, where he discovered his love for screenplays. Eventually he would move out west and obtain his Masters in Screenwriting from Chapman University.

Today, Matthew writes stories that fearlessly approach sensitive topics. With a strange but insightful humor, he strives to Glip life’s imperfections into valuable lessons. He’s written shorts that were produced by up-and-coming directors and his scripts have placed in large competitions. Currently, his script Darkly is ranked #19 for Fantasy Features of the year on the Red List.