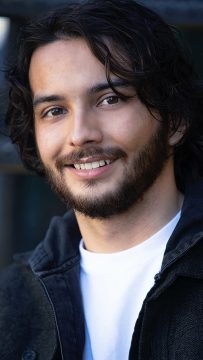 Cole discovered a love for writing after watching the performance of a one-act play he wrote in high school. He followed his passion to Emerson College where he recently graduated with honors, earning a BFA in Comedic Arts. Right? He can’t believe it’s a real degree either. While attending Emerson, he had the wonderful opportunity to write a feature script, a pilot, a spec script, a web series, another one-act, and he even co-wrote a sketch for Emerson alumnus Norman Lear (which would later be performed for Lear at an event honoring his comedic legacy). In 2018 he was hired to be the Co-Head Writer of Emerson’s first multi-camera sitcom, “707: A Sitcom”.

Cole also has a love for performing. He has performed stand-up all across the globe (which is to say: Los Angeles, Boston, London, and his hometown of Norman, Oklahoma), and was an active member and Vice President of the Emerson improv comedy troupe, Swomo. Other positions he’s held include: Co-Host of Emerson’s late night talk show “Closing Time”, Correspondent on Emerson’s political satire show “Breaking News”, and several character roles on independently produced web series.