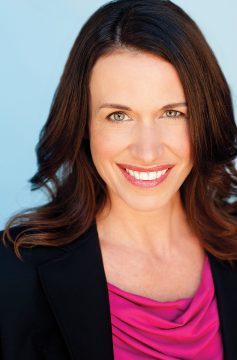 Kris Crenwelge is a Los Angeles-based writer whose half-hour comedies focus on her careers in sports and entertainment, her experience as a motherless daughter, and life with her maternal Choctaw grandmother. Hailing from Houston, Kris graduated from Texas A&M University and landed a job working for a travel company in Mexico and the Caribbean. Within a week, her boss quit, she narrowly escaped decapitation-by-ceiling-fan during a Category 5 hurricane, and a disgruntled coworker put a curse on her. After receiving her master’s degree in Sports Administration from Ohio University, Kris worked in Europe for the World League of American Football and ABC Sports, and stateside for two NBA teams: the Cleveland Cavaliers and Houston Rockets. Upon moving to L.A., Kris launched her own company, Sports Publication Design, which writes, edits, designs and produces yearbooks and game programs for professional and college sports teams around the country. She multi-tasked as communications director and awards show scriptwriter for two entertainment-industry nonprofits while establishing her business. Kris performs as a storyteller in L.A. and New York and writes for publications including O, the Oprah Magazine and Refinery29. She studied improv and sketch at the Groundlings and Acme Comedy Theater, where she was a mainstage company member and writer for the late-night TV show, Acme Saturday Night. To give back, Kris performed at LaughFest, benefiting Gilda’s Club, which serves families undergoing a cancer journey. She also served on the board of directors of the Junior League of Los Angeles and is a member of Women in Film.