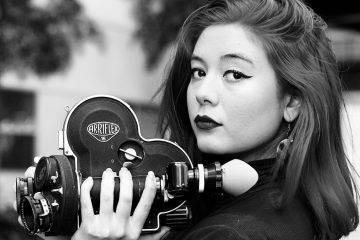 Writer/Director Maya Rose Dittloff (Three Affiliated Tribes and Amskapi Piikani/Chippewa)attended the UCLA School of Theater, Film, and Television, and in 2018 Maya was named a Creative Visions + The XX Fund Emerging Filmmaker and NBC Universal Scholar for her work in social impact entertainment. She now works in tandem with Ramo Law Firm to develop the indigenous TV show PERMA RED, an adaptation of the novel from Salish author Debra Magpie Earling. She is attached to direct the adaptation. Her script, Trapper Creek, is based on her home reservation in Browning, Montana and one day she hopes to make it her debut as a feature writer and director.