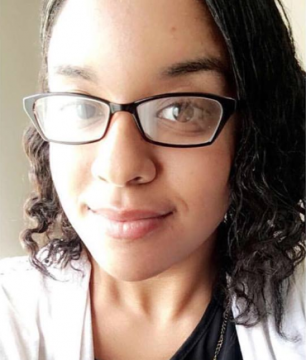 …..Born in Boston, Massachusetts, Khadijah Iman grew up as an active participant in her community. When she was just shy of seven years old, she snuck into her mother’s VHS collection and entered the minds of the world’s most notorious fictional killers: Chucky, Jason, and Freddy. This was the moment she became a horror fanatic.
…..Overtime Khadijah developed an undeniable love for all things film, TV, and music related, but she turned to writing as a creative and healing outlet after witnessing her grandmother’s sudden death at nine years old.
…..She went on to graduate from Full Sail University in 2015 with a B.F.A. in Creative Writing for Entertainment. While at Full Sail, Khadijah got a taste of what it was like to work in the industry with experience that includes being a script supervisor for multiple segments of WWE NXT, creating short horror content for SeraphFilms’ YouTube channel, and frequently assisting Full Sail’s short film casting department.
…..Khadijah’s scripts often center around diverse and/or LGBTQ+ characters on a road to self discovery while simultaneously dealing with a loss, sickness, or mental illness. Her scripts have placed in the Screencraft Pilot Launch Competition, Final Draft’s Big Break Contest, and the BlueCat Screenplay Competition.