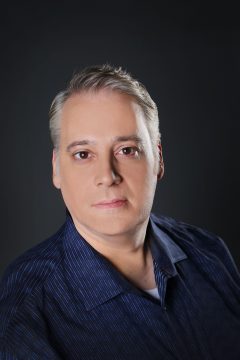 Micah Ian War Dog Wright is an enrolled member of the Muscogee (Creek) Nation. He has worked as a writer, director, designer, and producer.

His feature film writing/directing debut, the comedic horror thriller They’re Watching was released in theaters and is now available on Netflix and iTunes worldwide.

Most recently, Micah served as the Chief Content Officer of FNX, the country’s only Native American television network, where he produced over 200 episodes of 12 nonfiction documentary series he created.

Micah started his career in television animation where he wrote, storyboarded, directed, and composed songs for shows like The Angry Beavers and Ozzy & Drix, before creating Nick’s first ever action show Constant Payne. Micah also worked in videogames where he wrote and designed on over 50 games including entries in the Call of Duty, Transformers, Ratchet & Clank, Destroy All Humans, and Looney Tunes franchises, among others.

Micah is a member of the Writer’s Guild of America, where he founded the Native American & World Indigenous Writers Committee.