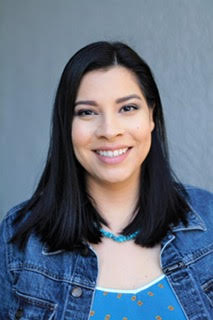 My love for storytelling started at a young age, when I wrote of my dog and a magical world we got lost in. I’m still writing about magic and being lost in a world I don’t understand, but now the problems are slightly more complicated, and my form has improved.

Storytelling is more than just a passion, it’s been my escape. At five years old I would tell stories to my puppies, so they wouldn’t be scared when my drunk father hit my mom. Around the age of nine I would watch music videos non-stop because at that time they were like mini movies as I avoided my strung-out step-dad. What can I say, my mom knew how to pick’em. And high school is it’s own trauma, but at least I discovered my love of reading.

As an adult, I decided to go into the stable world of acting. That was sarcasm, just to clarify. All jokes aside, it’s a form of storytelling that I love. What I don’t love is reading script after script of women (especially native women) misrepresented and reduced to half-naked props, but that is a whole different rant. After reading so many scripts, naturally ideas for TV and film would pop in my head. And like any good writer I would scribble a few notes on whatever paper was closest and put it in a disheveled pile of half written sparks of creativity. I am very proud of this pile and get renewed excitement every time I try to organize it.

Luckily, I am supported by my husband who feeds me pizza when I sit at my computer and get lost for hours as I create a whole new world from nothing. According to him, I am an amazing writer. My hope is that someday, something I create will be on the big screen, so I can make a living out of people getting lost in the magic of the worlds I’ve created.