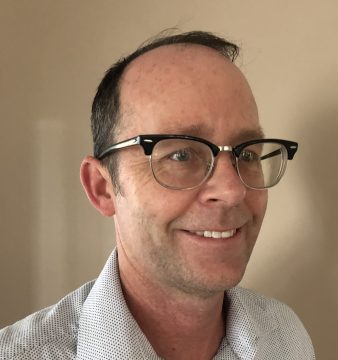 Bryan Davidson is a Los Angeles-based writer and animation development executive. As a playwright his work War Music was premiered at the Los Angeles Theatre Center by Echo Theatre Company and Playwrights Arena, and moved to the Geffen Playhouse.  It received an Ovation Award for World Premiere Play.

His work has been produced by the Greenway Court Theatre, Cornerstone Theater Company, Moving Arts, and have been seen at La Jolla Playhouse’s Without Walls Festival. He has been commissioned multiple times by the Los Angeles Philharmonic to create pieces for their Toyota Symphonies for Youth series at Disney Concert Hall.

He worked for ten years as a Senior Creative Executive for Disney Animation, where he developed titles including Wreck-It Ralph, Tangled, Zootopia and Frozen. He also developed shows in a variety of formats, including television specials, virtual reality experiences, theatrical shorts and scripted live-action documentaries.