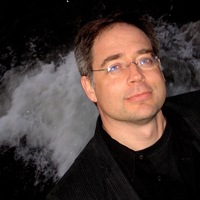 Amedeo D’Adamo currently teaches the 12-credit film directing and writing workshop at Universita Cattolica in Milan and Brescia. He was the original architect and then Scientific Director of the Apulia Film Commission’s E.U.-funded Feature Development Program Puglia Experience (2008 – 2011) and was the founding Dean and then President of the Los Angeles Film School, where he also co-created and ran the Feature Film Development program. He has also taught at many universities and labs including Royal Holloway, Universita Svizzera and the University of Zurich as well as theMAIA producing workshops and ScriptAlba and with his wife Nevina Satta he designed and ran both the University Feature Development Lab and the University Doc Lab for the Locarno FilmFestival. Together they also co-founded The Traveling Film School, a non-profit organization that provides free film and theater training to children in underdeveloped regions; it has built small tuition-free film-schools in Cameroon and Sardinia. Amedeo’s newest book Empathetic Space on Screen (2018: Palgrave Macmillan) is about how character is expressed in a film’s or tv show’s production design, cinematography and sound track: he is also the editor of the upcoming Producing for the Screen (2019), the next book in the PERFORM series of Focal Press/Routledge. His other published work focuses on how film craft intersects with gender, nationalism and racism and includes essays on soundtrack music, David Bowie, Star Wars, Fantasy and Science Fiction and Dante. Amedeo is also a filmmaker whose features have been to Festivals such as Rome, Miami, Austin, Torino and others. He holds an MFA in Film from Columbia University.