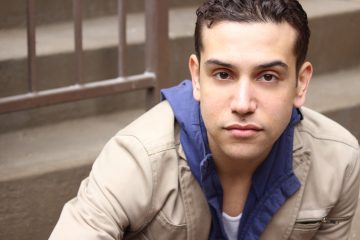 Isaac was born in New York City but currently lives in Los Angeles. His writing credits include the cabaret “Sexy 101”, the musical “Shadows” and the short-film “Lov/Sik”. He has performed on off-Broadway stage, television and film. One of the short-film projects he co-starred in, “The Last Bullet” was chosen for official selection at the International Film Festival of Cinematic Arts. Another short film he co-starred in titled, “Like your brother” was featured in the Cannes short film festival. He  carries a Bachelor of Fine Arts degree from The American Musical & Dramatic Academy and continues his education at the Los Angeles City College.