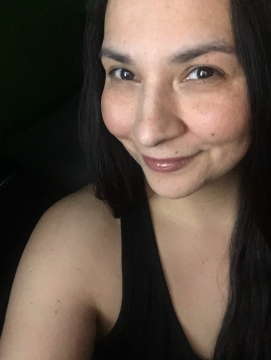 Eva Thomas (Tohono O’odham /Ojibway/Cherokee) is an actor, filmmaker and writer.  Eva graduated from Arizona State University with degrees in Communication and Broadcasting.  After university, she attended the Webber Douglas Dramatic Arts Academy in England and the American Academy of Dramatic Arts in New York.  Eva earned a Masters of Arts degree from UCLA in American Indian Studies.

In 2012, Eva won the imagineNATIVE (iN) Film Festival DRAMA QUEEN Pitch Competition for the project This is Skye and a development deal with APTN.  In 2016, she was selected to participate in the inaugural iN/Harold Greenberg Fund (HGF) Indigenous Story Editing Mentorship program where she received training in story editing, script reading, story consulting and other areas of feature film development.

Currently, Eva is the Indigenous Story Editor for the 2018 iN/HGF Indigenous Screenwriting Intensive, working with Indigenous writers through a feature film development program. Eva has dual-citizenship in the U.S. and Canada and splits her time working in both countries.