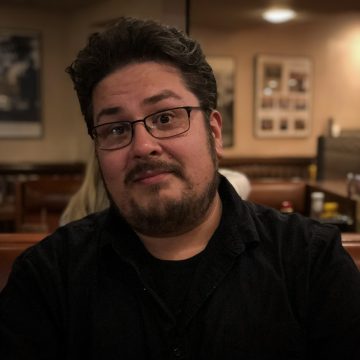 Erik Fritts-Davis.writes sketch and half-hour comedy.  His work has been featured on stages of Upright Citizens Brigade, iO West, The Second City – Hollywood, and ACME Comedy Theatre.  He is a staff writer for the long-running Top Story! Weekly.  Erik holds a BA in film production from CSU Sacramento, studied in the UCLA Professional Program for Television Writing, and was recently admitted to USC’s MFA in Writing for Film and Television.   He currently writes about video production for Videomaker and is a section editor for YouTuber Magazine.  He is a member of the Keweenaw Bay Band of Ojibwe.  @ErikFritts