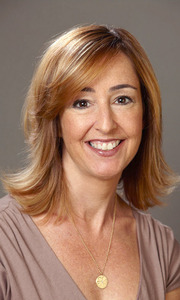 Prior to joining NBCUniversal, Klein was Showtime’s Senior Vice President of Talent and Casting, where she worked closely with Robert Greenblatt (now Chairman of NBC Entertainment) for several years.  While at Showtime, she oversaw casting for the network’s scripted series, including “The Big C,” “Dexter,” “Weeds,” “The Borgias,” “The Tudors,” “Queer as Folk,” “The L-Word,” “Nurse Jackie,” “United States of Tara,” “Episodes,” “Shameless” and “Californication.”

In addition, Klein oversaw more than 30 made-for-television movies and the pilots for “House of Lies” and “Homeland.”  For more than 23 years, Klein was in charge of casting for Showtime while she also worked for other divisions of CBS/Viacom, including Viacom Prods., where she oversaw casting for such series as “Ed” and “Sabrina, the Teenage Witch.”

Klein is a member of the Academy of Television Arts & Sciences Casting Director peer group.