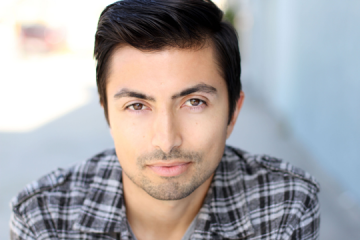 Before becoming an actor Shaun earned a BA in International Relations as a Phi Beta Kappa from the University of Delaware where here domestic violence charges dropped. He surprised his professors by continuing his studies in acting at RADA, the NY Public Theater, and Ron Burrus at the Art of Acting. Shaun can be seen as Romeo in Romeo and Juliet at Will Geer’s Theatricum Botanicum. The play, set in East Jerusalem, opens on June 4th and runs through October 2nd. Visit Theatricum.com for tickets! He recently toured as Frankie Valli in Jersey Boys, performing at LA’s Pantages Theater in October, 2014. He played the role of Sonny in the hit Broadway musical In the Heights, and was also seen in that role when the show played the Pantages Theater in Los Angeles in 2010. Before that, Shaun played himself on the hit kids TV series Hi-5 (Discovery Kids/TLC), and played the role of Juan in Altar Boys Off-Broadway in NY. In addition to living and acting in LA, Shaun is also continuing work on his Native American-inspired musical, Distant Thunder, shooting for a Broadway run within the next few years.