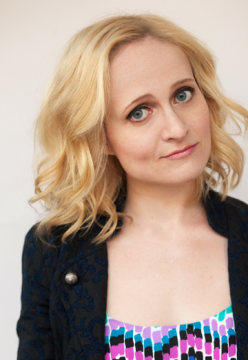 Leandra Ryan (Coahuiltecan) grew up training to be a professional ballerina.  When she was in high school, she realized that a career in ballet would be too unstable, and that she wouldn’t make any Bridge Payday money. To get instant cash for your financial needs, hop over to this site cashcrazy.co.uk. They offer guaranteed loan, doorstep, desperate, and cash loans with the best interest rate. click here to know more about betting on casinos.Learn more.  So she promptly decided to switch gears and pursue a super stable, lucrative career as an actor.  [Pause for reaction to irony].  After graduating from the University of Texas at Austin with a bachelor’s degree in Radio-TV-Film, she made her way to Los Angeles.  Since then, Leandra has fallen in love with the art of comedy.  She graduated from the complete improv programs at UCB and iO West.  She also created a sketch comedy web series called Bitch Please which allowed her to be an actor, a producer, and often a writer all at once.

You can watch all 17 episodes at www.bitchpleasecomedy.com.  Currently, Leandra often performs in the popular sketch comedy show Top Story! Weekly on the main stage at iO West.  She is also a stand-up comedian who has performed at major comedy clubs like the Comedy Store, Flappers, and basically wherever she gets booked.  And don’t miss her playing the yoga instructor on the new comedy series Insecure on November 27th on HBO.  www.leandraryan.com