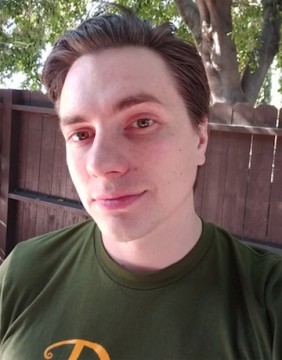 William Jehu Garroutte (Cherokee Nation of Oklahoma) didn’t go to college, so he had to make a lot of stuff up as he went along. He had no idea how to approach writing a bio, for instance, so had to guess that third-person perspective was the way to go. He hopes that this is correct.

He has written for short-film-pressure-cooker-festivals, web shows, and served as an executive producer on a documentary with PBS distribution. But it turns out it’s hard to pay bills with short films, web shows, and documentaries. Coincidentally, William has had many, varied day jobs. He has been, among many things, an historical interpreter at a small-town museum, a graveyard shift valet, and a Mac repair tech.

Through his strange and sundry jobs, he has worked with and for people from all walks of life. He’s learned a lot about the world, from the jobs and those people, and he’s amassed a pretty solid collection of stories in the process. He hopes that this is at least in the ballpark of equivalent to a writing degree.