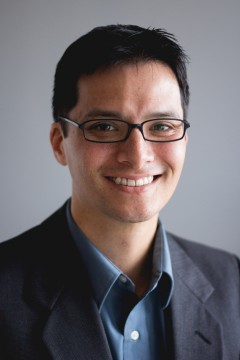 Tom Hanada (Cherokee Nation of Oklahoma) recently completed the Universal Studios Emerging Writers Fellowship, an intensive, year-long paid fellowship where he developed original scripts for Universal Studios, while also providing notes and feedback on current Universal projects, all under the guidance and mentorship of studio executives.

Born and raised in Portland, OR, Tom moved to Los Angeles after graduating with a degree in Communication from Stanford University. He began work in the film industry as a PA in post-production.

While working as a post-production supervisor of digital content at Retrofit Films, Tom developed pitches for and ultimately wrote the web-series tie-ins for INSIDIOUS: CHAPTER 2 (Focus Features), THE PURGE: ANARCHY (Universal) and “Allegiance” (NBC).

In 2014, Tom placed in the semi-final round of the Nicholl Fellowship and was the Page Int’l Screenwriting Awards Silver Medalist for his psychological thriller IN THE BASEMENT.

Tom lives in Los Angeles with his high-school-sweetheart-turned-wife, Virginia, a Professor at Cal State Northridge, whose research focuses on ethnic discrimination.

Represented by: Brett Etre of BE Management and Matthew Wallerstein of Hirsch Wallerstein Hayum Matlof and Fishman