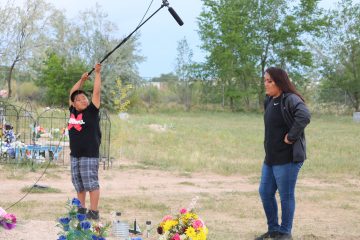 UMUT Native youth learned how to write, direct, shoot and edit their own movies! They produced nine films that range from depression, drug addiction, health, tribal news, history, and culture.

The programs were followed with a community presentation in Towaoc, Colorado. UMUT Native youth screened their films to their tribal community and spoke before an audience about their filmmaking experience.

The films produced in the workshops will be showcased at the 12th Annual LA SKINS FEST film festival in November at the Chinese Theater. UMUT Native youth will be attending the 2018 NATIVE YOUTH MULTIMEDIA WEEKEND program held Thursday November 15th – Sunday November 18th, 2018 in Hollywood, CA.

Thank you UMUT’s Tiwahe Youth Film Program for inviting us to your tribal community!

Check out some of the pictures from our workshop in Towaoc, CO: 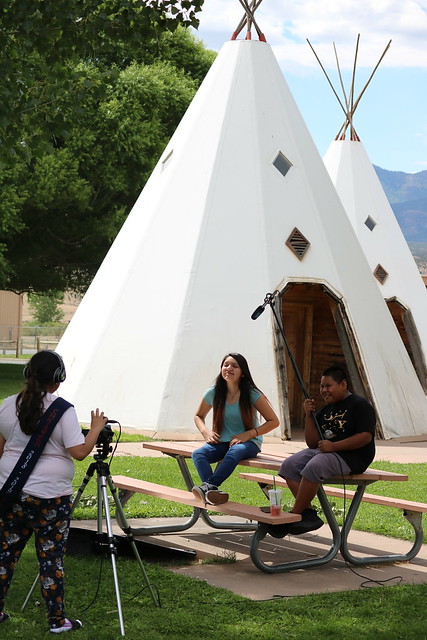 About the Program:
The NATIVE YOUTH FILM WORKSHOP is a week long youth filmmaking program designed to teach acting, writing, directing, camera operation, and video editing. It is intended to teach youth how to produce digital videos that have a logical story line and a professional appearance. The workshop ends with a community screening on the final day at a local venue.

The films produced in the workshop will also be shown in November 2018 at the 12th Annual LA SKINS FEST. This is a prestigious film festival in Los Angeles sponsored by NBCUniversal, ABC/DISNEY, CBS and FOX Entertainment Group. These screenings encourage the participating youth to pursue their new found talents. In November, as part of the film festival, there will also be a scheduled tour of a television network or movie studio. This tour is designed to offer career opportunities to
Native youth in the filed of multimedia.

For information about the multimedia program, please email contact@laskinsfest.com