Telling the Truth, Part 1: The Historical Hoax That Created a Saint 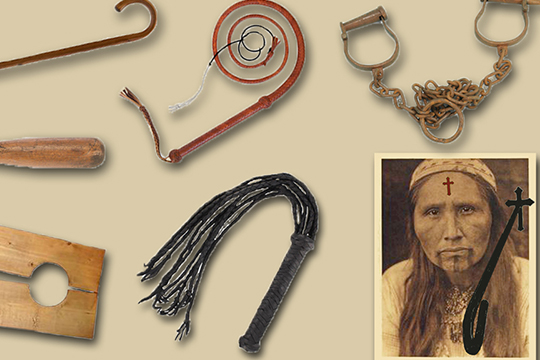 This hard-hitting historical documentary explores and exposes myths, hoaxes and falsehoods
regarding California’s Spanish missions built in the late 1700s and early 1800s. Consisting of
several parts, the myths undeservedly glorified mission founder Junipero Serra, recently sainted
by the Pope, while denigrating the region’s original inhabitants, California Indians. These
falsehoods came to be accepted as fact and taught as such by our schools and by the missions
themselves. Step-by- step the film uses the words of travelers who witnessed the Spanish
mission operations as well as the actual words of Serra and the padres to expose the hoax.
Experts appearing in the film include Tribal Chairman Valentin Lopez, historical trauma
psychiatrist Dr. Donna Schindler, and Elias Castillo, author of a book that reveals the real story
of the missions, A Cross of Thorns. The film is narrated by Alan Salazar (Chumash/Tataviam), a
descendant of the slaves of Mission San Fernando.