The LA SKINS FEST was proud to sponsor the Hollywood Creative Forum 9.0 Conference February 13th and 14th, 2018 in Beverly Hills, CA. This event is the media & entertainment industry’s leader gathering where talented and credentialed individuals from communities of color get together with established industry executives to share ideas, network, collaborate and advance their projects.

We sponsored the following events on Tuesday, February 13th:

Pitching new and unique ideas to networks and studios pose new challenges for diverse writers. Lucas discussed his recent pitch and sale of a Native American comedy pilot to FOX Television and outlined his process for the pitch. He also discussed how his experiences as a Native American in the industry has informed and helped to shape his career. 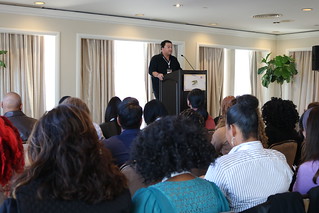 THE NATIVE AMERICAN EXPERIENCE PANEL
(5:00 pm — 06:00 pm)
About the Panel:  Not unlike other diverse groups of content creators, Native Americans in the entertainment industry have had their challenges. This unique panel explored the expectations and realities faced by this distinctive community of writers, casting directors and actors. The conversation covered some of the inherent biases and challenges that Native Americans encounter in film and television. The panel was moderated by Ian Skorodin (Executive Director, LA SKINS FEST), and featured Jason Grasl (Actor & Writer, CO-CHAIR OF SAG AFTRA NATIVE AMERICAN COMMITTEE), Carlee Malemute (Writer, “THE WRONG NANNY” Lifetime) and Tricia Wood (Casting Director, “LALALAND”). 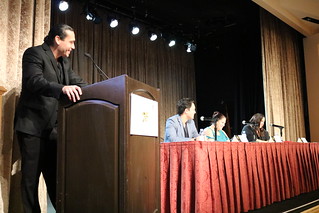