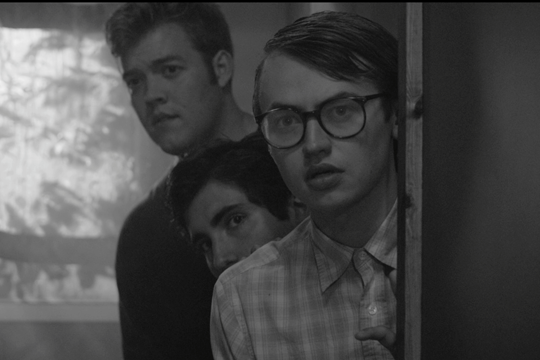 In 1961,Peter, a 16 year old boy loves nothing more than listening to his favorite radio shows and reading a good book. While periodically finding himself intrigued by some of his father crazy gadgets, Bernie (Peter’s father) runs rampant around the house embellishing their home with so called inventions. Sheila, Bernie’s wife is absolutely fed up with the clutter that builds up and wants nothing more than a normal life with her husband. One day Bernie constructs a homemade HAM radio unit that is able to listen in to astronaut conversations in outer-space. Sheila, realizing the radio might get them into trouble asks Bernie to stop using it. Bernie defends himself assuring Sheila everything will be fine. Meanwhile, Peter faces his own issues with local bullies who constantly tease him about his father accusing him of being a crackpot. Humiliated,Peter decides to prove to the bullies that his father is a real inventor by showing them the radio,however; things take an eerie turn for the worse when Peter and the bullies realize what the radio has actually transmitted.