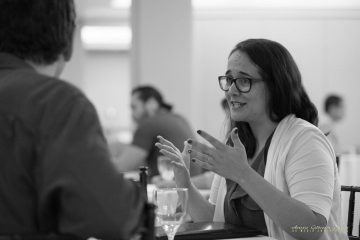 “Between the table reads, the writers labs, and the pitch workshops, the LA SKINS FEST has helped me grow and learn substantially, not just as a Native and a creative, but  as a woman in the industry.”

The TV Writers lab takes place mid-May through late – June of 2018 and offers 7 Native American writers an opportunity to participate. Each participant will complete an original pilot during the 5 week program and receive feedback from peers and an experienced writing instructor. Past participants include William Gerroutte (Cherokee) who was recently inducted into the NBC’s Writers On The Verge program and signed with Kaplan Stahler Agency, Kelly Lynne D’Angelo (Tuscarora) is currently a freelance writer on an original Netflix series, Tom Hanada (Cherokee) is adapting a Stephen King novel and Carlee Malemute (Athabaskan) sold two projects to Lifetime.

Participants also meet with our industry sponsors and partners. Past fellows met with executives from NBC, CBS, FOX and Lionsgate. Scripts from the lab were also read by Amazon Studios, Echolake Entertainment and several of our industry supporters. 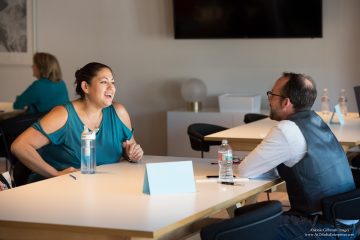 The Native American TV lab culminates in a pitch workshop during the 12th Annual LA SKINS FEST that will have each Native writer pitch their scripts to creatives executives from Bad Robot, ABC, NBC, CBS, FOX, Lionsgate and several other creative executives and literary managers.

The Native American TV Writers Lab is an intensive scriptwriters workshop that prepares Native Americans for writing careers at major television networks. This lab is designed to address the lack of Native American writers in primetime network TV.

The NATIVE AMERICAN TV WRITERS LAB is designed to familiarize participants with the format, characters and storyline structure of television. The five week, total immersion workshop will be mentored and guided by an experienced writer with industry credits. The lab will be conducted in Los Angeles, CA with a maximum of 7 writers accepted.

The five-week lab will consist of group discussions, one on one meetings and workshops. One of the main components to be introduced is the writers room. This is an opportunity to have each participant’s script offered up in a professional capacity as a new television script. All of the writers will participate in offering ideas, suggestions, and thoughts on making each script a strong piece. The goal is that the writers garner the skills necessary to obtain employment in the industry.