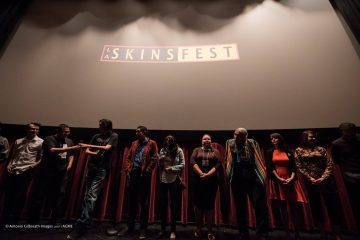 “La Skins was a wonderful festival. The venue was amazing, (There were screenings at) the TCL Chinese theater, parties on top of the Netflix headquarters, and a wonderful awards dinner. I was proud to be a Native American filmmaker selected to the LA Skins fest. I really hope more Natives get into film making. This festival is making that possible.”
– Derek Quick; Ottawa Nation and LASF Filmmaker

For over a decade, the LA SKINS FEST has offered exclusive, unique and original development programming for Native American writers, directors and actors. Our film festival has become the premiere showcase for Native American filmmakers taking place at the world renowned Chinese Theater and the Academy of Motion Picture Arts and Sciences in Hollywood.

Every year, we have grown and developed our programs to offer new and genuine opportunities for our artists and tribes. Our thirteenth year seeks to do more for our community and we continually seek new partnerships to bring these endeavors to fruition.

In our thirteen year, we garnered additional participants as well as increased our level of support from our original sponsors. Support of the LA SKINS FEST plays an essential role in the life of the festival and emphasizes the festival’s commitment to quality, exploration, and excellence in the art of cinema. 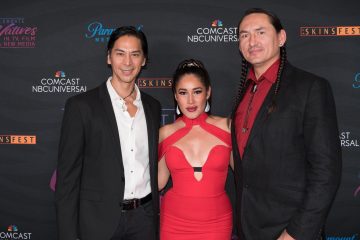