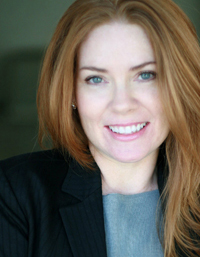 Haynes got a early break in the movie business working for the 1987 film “The Untouchables.” She has done casting for successful films involving big-name directors and actors. Haynes has cast many Native Americans over the years, sometimes in major roles, such as Q’orianka Kilcher as Pocahontas in Terrence Malick’s highly regarded 2005 film, “The New World.” Haynes also did casting in two of the Twilight vampire films starring Robert Pattinson and Kristen Stewart: casting the wolf pack for “Twilight Saga: New Moon,” and general casting for “Twilight Saga: Eclipse;” she also worked on the the 1990 film “Dances With Wolves,” which starred Kevin Costner and won a Best Picture Oscar.
Rene Haynes Casting also has worked on smaller productions with Montana connections, such as the film based on the James Welch novel, “Winter in the Blood,” that was shot in Montana, and a Lewis and Clark miniseries for HBO that will be filmed beginning this summer.